NGC 2264 is the designation number of the New General Catalogue that identifies two astronomical objects as a single object: the Cone Nebula, and the Christmas Tree Cluster. Two other objects are within this designation but not officially included, the Snowflake Cluster,[3][4] and the Fox Fur Nebula.[5]

All of the objects are located in the Monoceros constellation and are located about 720 parsecs or 2,300 light-years from Earth.[2] Due to its relative proximity and large size, it is extremely well studied.[6]

NGC 2264 is sometimes referred to as the Christmas Tree Cluster and the Cone Nebula. However, the designation of NGC 2264 in the New General Catalogue refers to both objects and not the cluster alone.[7] 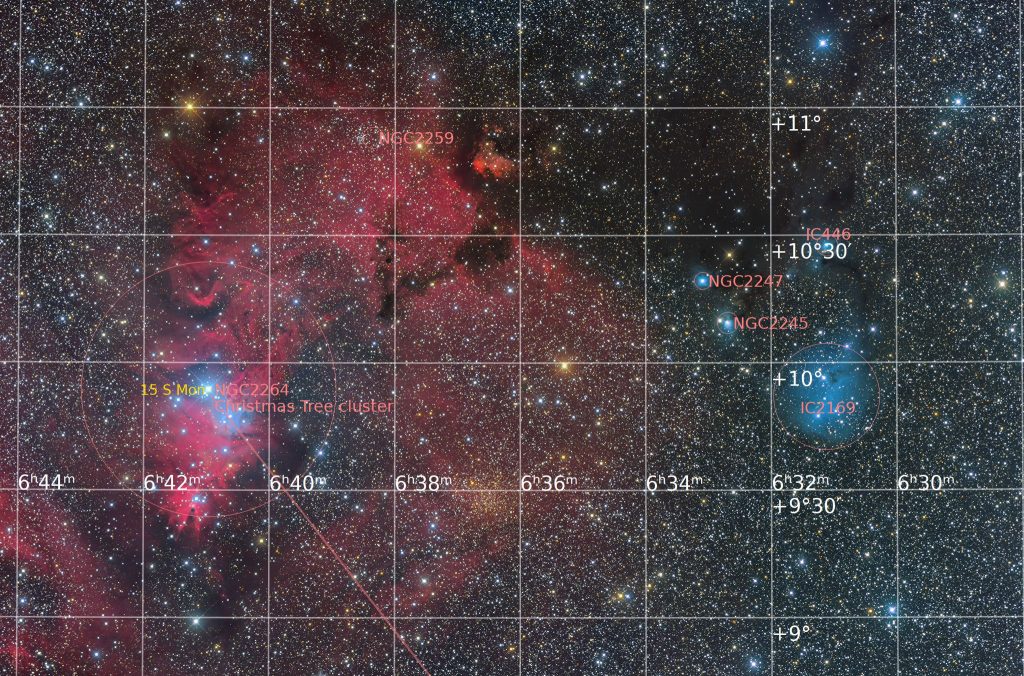